Hedge-Fund Manager Pledges $275 Million to Give Free Mental Health Care to Veterans
0
stdClass Object ( [error] => stdClass Object ( [message] => (#100) Object does not exist, cannot be loaded due to missing permission or reviewable feature, or does not support this operation. This endpoint requires the 'manage_pages' or 'pages_read_engagement' permission or the 'Page Public Content Access' feature or the 'Page Public Metadata Access' feature. Refer to https://developers.facebook.com/docs/apps/review/login-permissions#manage-pages, https://developers.facebook.com/docs/apps/review/feature#reference-PAGES_ACCESS and https://developers.facebook.com/docs/apps/review/feature#page-public-metadata-access for details. [type] => OAuthException [code] => 100 [fbtrace_id] => AKrAmVfUt8V90bjg8xG_bin ) ) 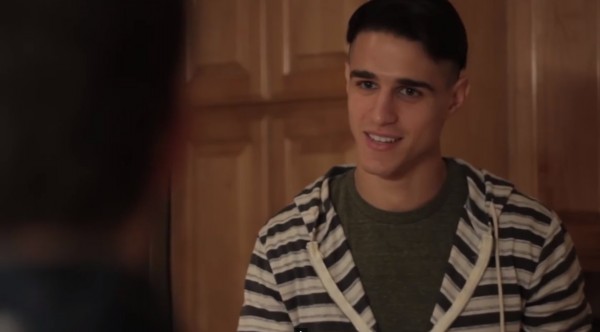 A new video launched by BuzzFeed titled, “Awkward Things People Say to Soldiers,” shows a soldier’s homecoming and the reactions he receives from friends and acquaintances. The video is thought-provoking and opens the conversation about the stereotypes returning soldiers face. Like the popular film, American Sniper, real-life depictions such as these are changing the way we look at soldiers and veterans in popular culture from individuals plagued with problems to normal citizens. Help advance the conversation: watch and share BuzzFeed’s video below.