Hedge-Fund Manager Pledges $275 Million to Give Free Mental Health Care to Veterans
0
stdClass Object ( [error] => stdClass Object ( [message] => (#100) Object does not exist, cannot be loaded due to missing permission or reviewable feature, or does not support this operation. This endpoint requires the 'manage_pages' or 'pages_read_engagement' permission or the 'Page Public Content Access' feature or the 'Page Public Metadata Access' feature. Refer to https://developers.facebook.com/docs/apps/review/login-permissions#manage-pages, https://developers.facebook.com/docs/apps/review/feature#reference-PAGES_ACCESS and https://developers.facebook.com/docs/apps/review/feature#page-public-metadata-access for details. [type] => OAuthException [code] => 100 [fbtrace_id] => AV1dTjI0kRSGRvshHFkXyr7 ) ) 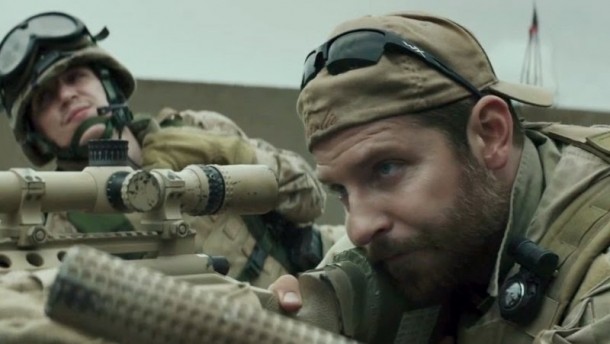 When we think of veterans portrayed in the media, we often think of men and women with vacant eyes, internally suffering over images of gunfire and bloodshed in overseas lands. To assume that all veterans are gun-toting radicals, suffering from PTSD and prone to violence, is one of the greatest injustices we can do to the brave men and women who have risked their lives for our nation.

American Sniper, directed by Clint Eastwood and starring Bradley Cooper, is one of the few films in recent years that has gotten the portrayal of a contemporary veteran right. The film follows the story of Chris Kyle, a U.S. Navy SEAL known for making the most sniper kills in U.S. military history; so many in fact that he earned the nickname “Legend” over the course of his four tours in Iraq.

As he makes the difficult transition from service to home life and back with each deployment, the film deftly captures the conflicting existences on each front: the responsibility of family life that is constantly with him on the battlefield and his contemplation of the lives he could have saved while back at home. The outcome is a film that not only portrays life on the battlefield and home front, but the struggles soldiers face in the transition and the quest to find a sense of normalcy. American Sniper is an example of a Hollywood war film that thoughtfully captures the nuance of the veteran experience. It is media depictions such as these that will help bridge the civilian-military divide.