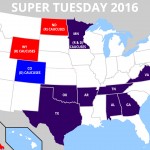 Where do the 2016 Presidential Candidates Stand on Veterans Issues
0
stdClass Object ( [error] => stdClass Object ( [message] => (#100) Object does not exist, cannot be loaded due to missing permission or reviewable feature, or does not support this operation. This endpoint requires the 'pages_read_engagement' permission or the 'Page Public Content Access' feature or the 'Page Public Metadata Access' feature. Refer to https://developers.facebook.com/docs/apps/review/login-permissions#manage-pages, https://developers.facebook.com/docs/apps/review/feature#reference-PAGES_ACCESS and https://developers.facebook.com/docs/apps/review/feature#page-public-metadata-access for details. [type] => OAuthException [code] => 100 [fbtrace_id] => ADcedpwKkKh1KV_zE0VciUJ ) ) 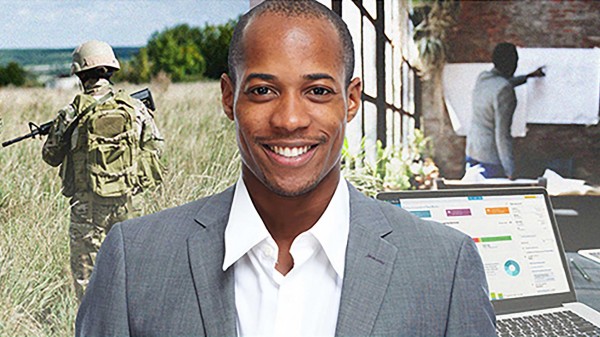 While there aren’t many fortune 500 companies founded by veterans, entrepreneurship is on the rise among veterans. According to the U.S. Small Business Administration as many as one in four veterans are interested in starting or buying their own business.

Although veteran’s posses many of the skills required to run a business, which makes them more than twice as likely to own a business as the general population, they also face many roadblocks that prevent them from becoming business owners.

Veterans face many challenges when it comes to starting their own business. The problems start when they return home and look towards transitional support programs to help them adjust to civilian life. The current programs offer training that focuses primarily on composing resumes, writing cover letters, and rehearsing for job interviews. While these training methods can help veterans find jobs, they spend little time covering topics important for becoming an entrepreneur like venture capital, bootstrapping, and finding a cofounder.

Luckily, dedicated veterans have been able to overcome this lack of education and become entrepreneurs thanks to men like Brandon Shelton, a former Army infantry and military intelligence officer, the founder of Task Force X Capital Management. Task Force X is one of many new venture capital firms that are working specifically with entrepreneur veterans.

Money from these venture capital firms can help veterans grow their businesses into fortune 500 companies like FedEx, which was founded by former marine Frederick Smith. 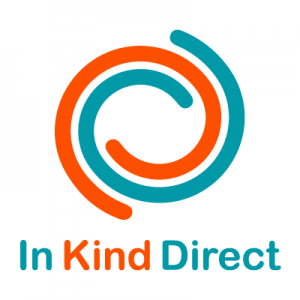 Founded by former U.S. Army Field Artillery Officer Nick Black, inKind is a platform where nonprofits can raise money to fill specific needs. By allowing people to fill nonprofit’s specific needs Black believes inKind can foster a more meaningful and personal connection between donors and nonprofits. They work primarily with Habitat for Humanity and other brick and mortar projects where donation of specific items is easier, but have recently been working on serving more vertical markets thanks to capital from Task Force X.

helicopter aviator, GuideOn is a platform that helps veteran’s translate their military knowledge into language that can be recognized by corporate recruiters. The company’s first product allows users to input their military service details and have it instantly “translated” into a professional civilian resume. GuideOn recently received an unknown amount of funding from Floodgate to help fund the development of its products.

Founded by General Ray Smith and Sergeant Sam Meek of the U.S.

Marine Corps, Sandboxx is an app that lets families and friends send physical mail and photos to service members directly from their mobile device. The app also helps veterans to stay connected with one another when they return home from active duty. Sandboxx recently received a $700,000 venture capital investment and is seeking an additional $1,300,000 to continue developing the product.

Cofounded in 2012 by Mike Murphy, a former officer in the U.S. Army, ProctorFree provides a new way for teachers to administer and supervise online exams. The company now has more than 25 employees and is working to partner with new educational partners. They hope to grow their business to create a better and more uniform system for the increasing number of students obtaining degrees online. ProctorFree recently received a venture capital investment through Task Force X that will help to bring the product to more students across the country.

Founded by Kimberly Jung, a former Officer and Platoon

leader for the U.S. Army, Rumi Spice is a social enterprise that imports saffron from farmers and cooperative in Afghanistan. Jung hopes to create economic opportunity for the farmers in Afghanistan by connecting them to international markets. She hopes that this will give people the opportunity to build a positive future. Rumi Spice is currently seeking a $1,000,000 venture capital investment.

Cofounded by Nick Taranto, a former infantry officer in the US

Marine Corps, Plated is a New York City startup that delivers chef-designed recipes with pre-portioned ingredients on a weekly basis. Plated has become one of the major players in the ready to cook food delivery industry by providing ultra high quality ingredients for specific meals. Plated has raised more that $56,000,000 in venture capital funds.

Cofounded by Dave Cass, a former soldier in the U.S. Navy, David Parker, a former soldier in the U.S. Air Force, and Bo Bergstrom, a former U.S. Marine, Uvize is a platform that helps match students with mentors. Uvize provides services specifically to help veterans prepare for college and learn new relevant skills. They believe that their program will help lower the dropout rates among veterans in higher education by providing them with mentors that understand their struggles. Uvize has raised more that $1,000,000 from venture capital investors.

Plough is an accessory company that uses repurposed military surplus fabric into stylish bags. Sword & Plough also helps to support other veterans by working with veteran owned and operated manufacturers. Cavness received a $50,000 venture capital investment from MassChallenge to help grow the business.

Founded by Zach Scheel and 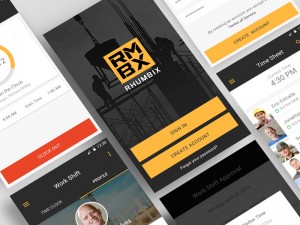