Hedge-Fund Manager Pledges $275 Million to Give Free Mental Health Care to Veterans
0
stdClass Object ( [error] => stdClass Object ( [message] => (#100) Object does not exist, cannot be loaded due to missing permission or reviewable feature, or does not support this operation. This endpoint requires the 'manage_pages' or 'pages_read_engagement' permission or the 'Page Public Content Access' feature or the 'Page Public Metadata Access' feature. Refer to https://developers.facebook.com/docs/apps/review/login-permissions#manage-pages, https://developers.facebook.com/docs/apps/review/feature#reference-PAGES_ACCESS and https://developers.facebook.com/docs/apps/review/feature#page-public-metadata-access for details. [type] => OAuthException [code] => 100 [fbtrace_id] => Arfr3986SXYBTz6nUGJGGFj ) ) 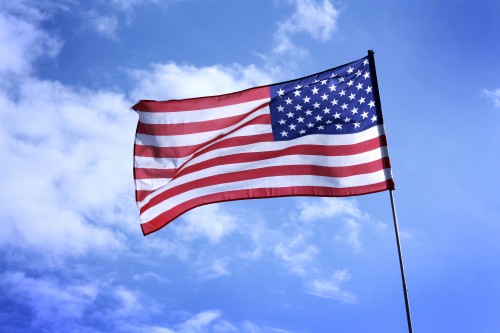 Happy Flag Day ! Did you know there is certain flag etiquette for the care and handling of the American Flag? This year when you raise your flag in honor of Flag Day, remember to cover these basic practices:

As a symbol of our nation’s unity and independence, Flag Day is an important holiday for Americans to honor the adoption of the American flag and its makers. Raise your flag and commemorate this important day!