Hedge-Fund Manager Pledges $275 Million to Give Free Mental Health Care to Veterans
0
stdClass Object ( [error] => stdClass Object ( [message] => (#100) Object does not exist, cannot be loaded due to missing permission or reviewable feature, or does not support this operation. This endpoint requires the 'manage_pages' or 'pages_read_engagement' permission or the 'Page Public Content Access' feature or the 'Page Public Metadata Access' feature. Refer to https://developers.facebook.com/docs/apps/review/login-permissions#manage-pages, https://developers.facebook.com/docs/apps/review/feature#reference-PAGES_ACCESS and https://developers.facebook.com/docs/apps/review/feature#page-public-metadata-access for details. [type] => OAuthException [code] => 100 [fbtrace_id] => AQouVb0EZ_hShMTd1GO5lsg ) ) 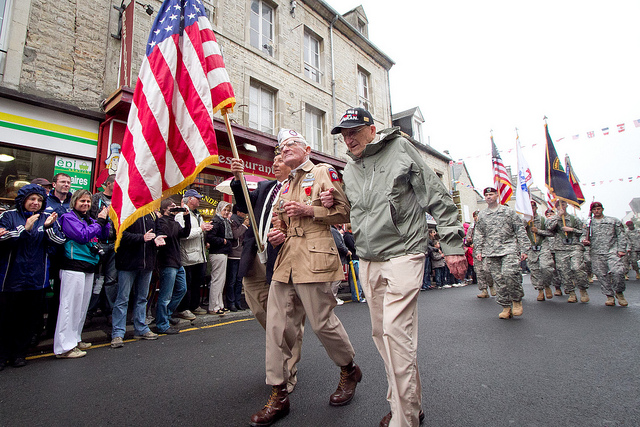 Zane Schlemmer, a veteran U.S. Army paratrooper who jumped into northern France as a sergeant with the 82nd Airborne Division, walks in his jump boots down the main street of Sainte Mere Eglise with other World War II veterans during the 67th anniversary of the Allied invasion of France, June 5, 2011. French citizens applaud as he and current paratroopers with the 82nd and other Army units parade past. (U.S. Army photo by Sgt. Michael J. MacLeod)