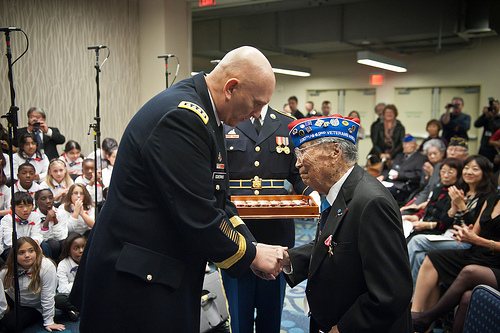 My father in law, Robert "Bud" Smith, was a veteran of the Korean War. He passed away a year ago.  He was proud of his service and we, as his family, were proud of him.  There are many service men and women who have served as proudly as Robert Smith and we would love to honor them with this donation.