Hedge-Fund Manager Pledges $275 Million to Give Free Mental Health Care to Veterans
0
stdClass Object ( [error] => stdClass Object ( [message] => (#100) Object does not exist, cannot be loaded due to missing permission or reviewable feature, or does not support this operation. This endpoint requires the 'manage_pages' or 'pages_read_engagement' permission or the 'Page Public Content Access' feature or the 'Page Public Metadata Access' feature. Refer to https://developers.facebook.com/docs/apps/review/login-permissions#manage-pages, https://developers.facebook.com/docs/apps/review/feature#reference-PAGES_ACCESS and https://developers.facebook.com/docs/apps/review/feature#page-public-metadata-access for details. [type] => OAuthException [code] => 100 [fbtrace_id] => At1_qErzEMOiZMtZfVkS4Jr ) ) 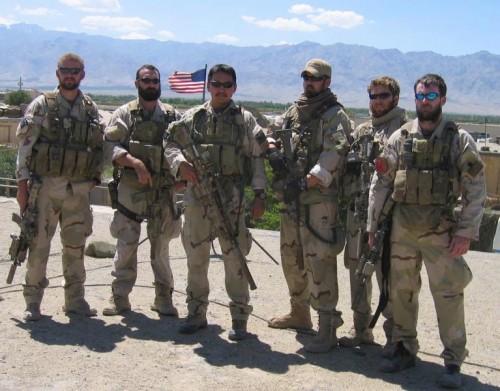 Lone Survivor, starring Mark Wahlberg, follows the true story of Operation Red Wings; a failed United States Navy SEAL mission in which a four-man team was tasked to track a Taliban leader. The movie is based on the book by the same name written by Marcus Luttrell, the only survivor of the mission. Watch the trailer for the film below.

Since its debut on Jan. 10, the movie has received critical acclaim and grossed millions of dollars at the box office. The creators of the movie are contributing part of the proceeds to veterans.

According to the Hollywood Reporter, director Peter Berg and Producer Sarah Aubrey have teamed up with veterans charities to create the Lone Survivor Fund, which accepts donations and also distributes them to two other organizations: Got Your 6 and the Navy SEAL Foundation. Fandango is also giving movie goers the option of donating to the fund when you buy tickets for the movie online.

Go to the Lone Survivor Fund’s website to make a donation.