Hedge-Fund Manager Pledges $275 Million to Give Free Mental Health Care to Veterans
0
stdClass Object ( [error] => stdClass Object ( [message] => (#100) Object does not exist, cannot be loaded due to missing permission or reviewable feature, or does not support this operation. This endpoint requires the 'manage_pages' or 'pages_read_engagement' permission or the 'Page Public Content Access' feature or the 'Page Public Metadata Access' feature. Refer to https://developers.facebook.com/docs/apps/review/login-permissions#manage-pages, https://developers.facebook.com/docs/apps/review/feature#reference-PAGES_ACCESS and https://developers.facebook.com/docs/apps/review/feature#page-public-metadata-access for details. [type] => OAuthException [code] => 100 [fbtrace_id] => AXLh9MshuQPFB_v4x67R-0r ) ) 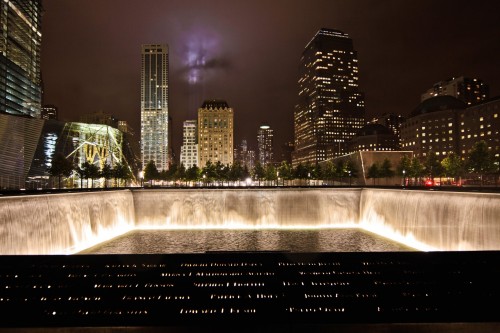 The National September 11 Memorial is a tribute to the nearly 3,000 people who died in the terror attacks of September 11. It is located at the World Trade Center site, where the Twin Towers once stood. The memorial was designed by American architect, Michael Arad, and landscape architect, Paul Walker. It officially opened to the public on September 12, 2011.

The Memorial features two twin reflecting pools that sit where the Twin Towers once stood. Each pool includes a large waterfall. The names of every person who died in the attacks are inscribed on the panels surrounding the pool. It imparts a powerful reminder of the largest loss of life resulting from a foreign attack on American soil and the greatest loss of rescue personnel in American history.